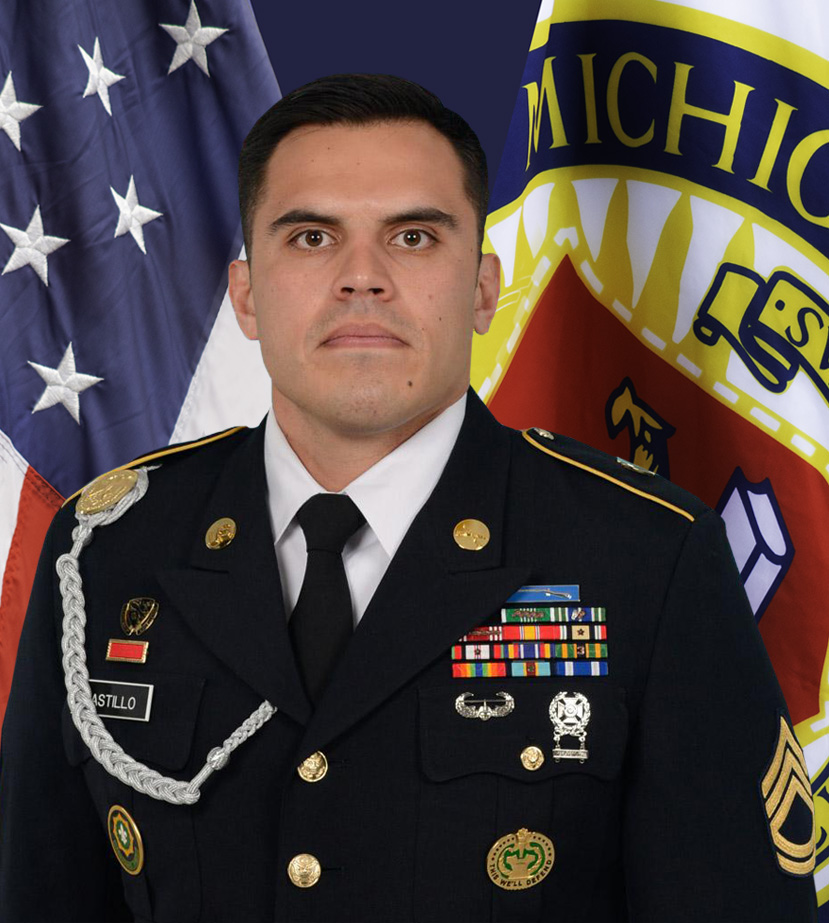 SFC Carlos G. Castillo enlisted from Lima, OH in 2007. SFC Castillo initially enlisted as a 14J where he was assigned to 5 th Battalion 5 th Air Defense JBLM, WA from 2007-2011. SFC Castillo reclassed as an Infantryman where he earned the Military Occupational Specialty (MOS) 11B in 2011.

SFC Castillo deployed with 5-5 ADA in support of Operation Iraqi Freedom from 2010-2011. Upon his reclassification, SFC Castillo was assigned to 2 nd Squadron 2 nd Calvary Regiment, Rose Barracks Germany from 2011-2014, where he served as a Fire Team leader, Squad Leader, Weapons Squad Leader, and Platoon Sergeant in Ghost Troop 2/2CR. During this time, he deployed to Afghanistan in support of Operation Enduring Freedom from 2013-2014.

SFC Castillo was then assigned to 1-31 FA BN where he served as a Drill Sergeant and a Senior Drill Sergeant with Echo Battery. Next he was assigned to 1 st Squadron 2 nd Calvary Regiment in Rose Barracks Germany from 2017-2020, where he served as a Platoon Sergeant and S3 NCOIC. During this time, SFC Castillo deployed to Poland in support of Enhanced Forward Presence 2018 in order to deter Russian aggression. SFC Castillo has participated in numerous of NATO exercises involving mounted Stryker movements through NATO ally nations such as Germany, Czech Republic, Slovakia, Hungary, and Romania in support of Operation Saber Guardian 2019.